Clematis of the Month for November 2013

Clematis tibetana appearing to be a quite variable species, has for years presented a challenge to those involved in identification. Having received seed from various countries for a number of years, some appears to be what is commonly thought to be C. tibetana. 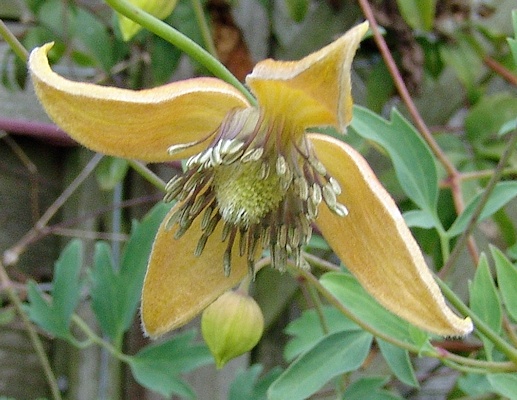 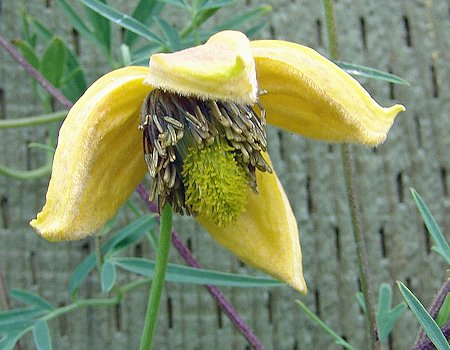 Generally the plant is quite vigorous growing up to 4 metres with stems that are green when young turning to bronze or purple when mature, usually ribbed finely from 6 to 10.

Leaves of plants vary considerably, below for example is the foliage of C. tibetana subsp. vernayi var. vernayi. 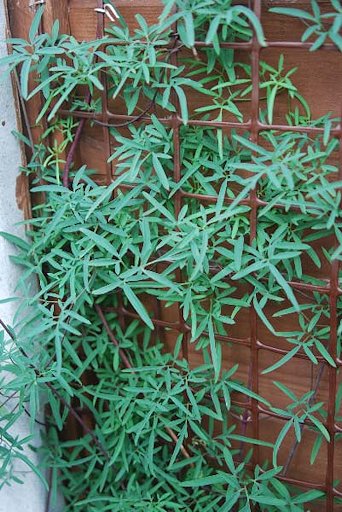 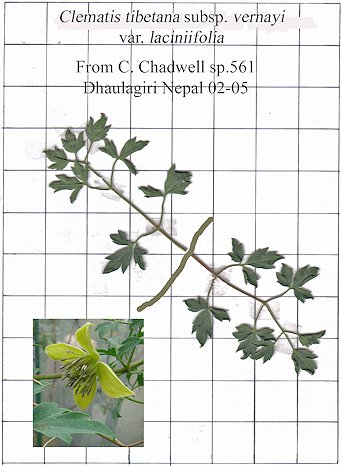 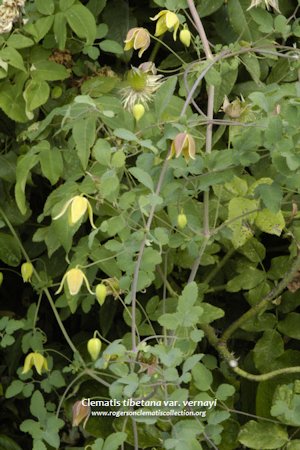 Plants grown in our garden seem to be perfectly hardy and thrive in our alkaline very free draining soil, but they will not tolerate excessively wet winters. Cold I suspect is not a problem for these plants knowing that they have been collected from high in the Himalaya of Tibet and Nepal where they will be covered by layers of snow in winter.

They certainly make a good display in summer, where the foliage background accentuates the small but numerous flowers. 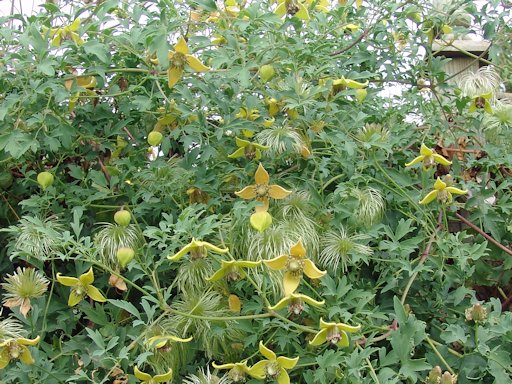 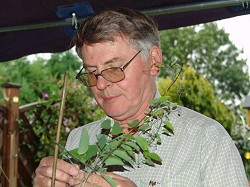